How Nationwide Hotel Management Outmaneuvers the Competition with Decision Intelligence How can data unlock decision intelligence and help your hotel stand out from the pack? The pandemic made hoteliers reconsider many aspects of their operations, and perhaps you’ve also had to figure out creative ways to do more with fewer employees or with less budget. As you navigate this new world, one of the most critical inputs to your decisions should be reliable, timely data about your reservations, your guests, and your financial performance. As you’ll learn in this article, real-time data can unlock better decision-making at all levels of your organization.

We talked with Robert Goad, the Senior Vice President of Revenue Management at Nationwide Hotel Management Company, which operates roughly 120 Woodspring Suites hotels across the United States. The Woodspring Suites brand, which is part of the Choice Hotels umbrella of brands, sits within the economy extended stay segment and attracts guests who stay anywhere from one night to many months, which presents unique operational challenges, especially during and after the pandemic.

Robert and his team have partnered with HotelIQ to develop a strong culture of decision intelligence and real-time data, which we’ll dig into in this article. Whether you operate one hotel or a hundred, or if you have a team of 10 or one-thousand people, you can take some nuggets of wisdom from our interview with Robert to improve decision intelligence in your own business. These principles can help your team harness the power of data, make decisions more quickly, and achieve better revenue and occupancy performance while keeping costs low.

Nationwide’s Challenge: Historical Data Isn’t as Reliable as it Used to Be

We asked Robert how the pandemic has affected the Nationwide portfolio, and one learning he shared is that the pandemic forced his team to abandon the idea of spotting trends and patterns in their historical reservation data. With their guest mix fluctuating - finding a new balance of leisure, corporate, and long-term stay guests - it has been difficult to use one month’s data to predict the next month.

Many of Nationwide’s guests now stay for several weeks or months at a time, and those long stays can really skew Nationwide’s portfolio-level data. A hotel might have high occupancy, but lengths of stay can vary dramatically, so it’s hard to predict whether a guest will choose to extend their stay for another month. And even calculating average length of stay is challenging, because one hotel might have a handful of guests with reservations over 100 nights that skew the data and make it extremely difficult to accurately read data without the right tool and processes in place. Those long reservations distort the average, so Nationwide has adapted by relying less on these traditional metrics.

In a similar vein, corporate reservation dynamics have changed as a result of the pandemic. In the past, corporate accounts like construction companies would book a block of rooms with two beds each so they could accommodate two construction workers per room. During the pandemic, however, the construction companies would book individual rooms for each guest, which is a trend that no forecasting model could have predicted. Instead, Nationwide has shifted to heavier reliance on real-time data rather than month-over-month or year-over-year historical data.

Robert had some exposure to HotelIQ prior to joining Nationwide, so he was familiar with the company’s deep expertise with data.

When Robert came onboard, his first priority was to increase the value of the company’s hotel portfolio, but he recognized that before he could deploy any initiatives, he had to gain a deep understanding of the business. Prior to implementing HotelIQ, all of Nationwide’s historical reservation data was housed in Excel workbooks. These workbooks were slow, inefficient, and hard to work with, and even just accessing a simple data set or pulling a month-over-month comparison took hours of work (potentially days with delayed communication) and possibly even an in-person meeting with several team members. Robert knew he couldn’t make the fast revenue management decisions necessary to stay competitive in the market if his team needed to spend hours downloading datasets and trudging through Excel files.

Due to Nationwide’s business mix having an unusually high share of ultra long stays that behaved more like multi-family (apartment) assets than hotels - the Nationwide team decided to use HotelIQ not just as it’s business intelligence engine but to replace the need for a revenue management system altogether.

HotelIQ enabled the team to say goodbye to those old-school Excel workbooks and have a single source of truth that everyone on the team could access on-demand.

As Robert explains, revenue managers are very data-savvy; they can easily look at numbers and make a decision. But not every member of the corporate team gets as jazzed up about spreadsheets as the revenue managers do. At Nationwide, Robert’s revenue team holds frequent calls with the hotel general managers, who are usually a bit less fluent in data-speak. One of Robert’s most appreciated features of HotelIQ is that the system creates visualizations of the data that make it easy for all members of the organization to ingest the data. On these regular revenue calls, the team will pull up HotelIQ and use graphs to support their points. This way, it’s much easier for the operations folks to follow along and understand the story that the data is telling. In addition, the team can make changes in real-time on these revenue calls since they have the system up already. Everything is in one place, rather than toggling between the PMS, revenue system, and Excel sheets.

But calls with general managers aren’t the only way HotelIQ makes data more accessible and efficient. Robert’s team is composed of just four revenue managers who handle revenue for the entire Nationwide portfolio. That’s around 30 hotels per revenue manager. This might sound like a lot for one person to handle, but Robert explained that HotelIQ puts data at his revenue managers’ fingertips, so they can efficiently manage a large portfolio. The revenue team can assign properties to individual revenue managers, so each revenue manager only sees data related to their own sub-portfolio, and they can configure custom reports and automatically send them to a set list of recipients, all features that make revenue management possible at scale.

HotelIQ uses data from your property management system (PMS) and other internal and external sources. Users access HotelIQ from the web to see and interact with multiple analysis screens and dashboards. Analytics can be viewed for a single hotel, a portfolio of hotels, or an entire company.

Robert’s revenue team aren’t the only ones who practice real-time decision intelligence. From the top of the organization, Nationwide knows that historical data can only tell us so much. As we learned from the pandemic, it’s hard to determine what will happen in the industry many months in the future. Instead, Robert’s team immediately dives into data that looks a little funky so they can understand what’s going on. In order to stay ahead of the curve, it’s crucial to have access to data in real-time. But not only that, the company culture shifted to enable employees to make quick decisions on initiatives that will affect revenue sooner rather than later.

It’s easy to look at the P&L in monthly financial review meetings and just walk through what happened in the past, but at Nationwide, the team is able to go a step further and understand daily movements and market shifts. They look at real-time data so they’re not only reviewing performance at month-end -  weeks after it happened. Robert’s priority is to make the best revenue decisions today. In order to do this, he needed to eliminate the lag between holding meetings and distributing reports, and HotelIQ has helped his team close those gaps.

When Buying Hotel Data Solutions, Look for Partners Not Vendors

Robert and his team settled on HotelIQ because the system was adaptable to their needs, and the HotelIQ team was willing to dig in and understand Nationwide’s business, Robert explains, “it was such a breath of fresh air to have a company that truly wanted to make a product that fit within the model of what we needed…it was great to have a company that was so open to our ideas, our suggestions and to implement them into the program.”

Robert shares some advice if you’re searching for a business intelligence system for your hotel:  explain what you need, and find a company that will work with you as a partner, not simply a vendor. Because HotelIQ has a solid understanding of what Nationwide wants and where they’re heading, the two companies have built a strong partnership. HotelIQ helps Nationwide build solutions for their unique business model and has proven their commitment to supporting Nationwide’s goals.

As your hotel adapts to the new normal, real-time data and a culture of quick, intelligent decision-making can help you outsmart and outperform your competition. The secret to unlocking the power of your data is to be able to access it in a timely, reliable way, and for all levels or your organization to be empowered to dig into the data and use it to make decisions every day.

This article was originally posted on HotelTechReport.com 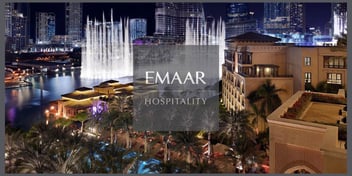 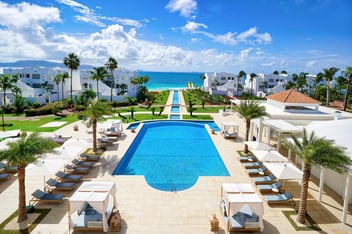